LOCAL MAN TO TIE UP HIPPIE CHICKS ON SATURDAY AT ELKHORN FLYSHOP! – Encourages others to do the same!

“He’s done this sort of thing before” said Marty Staab, an employee at the shop. “I really think he will go through with it on Saturday.”

A neighbor of Mills who asked not to be identified said “Nice enough guy, keeps to himself. I kinda wondered about him leaving the house before dawn on weekends carrying lots of odd shaped bags and lugging a bunch of 3 foot tubes around. Sometimes he would be gone for days at a time, and his pickup could be dirty and muddy when he got back.”

When contacted, running back Marshawn Lynch of the Seattle Seahawks replied “No Comment. I just answered the phone so I won’t get fined”.

According to Steve Schweitzer of Global Flyfisher, an international website, the Hippie Chick is classified as an “emerging midge”, although the age of Saturday’s individual cannot be confirmed. Rumor has it that the Hippie Chick is #22, which raises questions as to whether Mark may be a serial tyer.

You can read the manifesto here: Mills Manifesto 013115 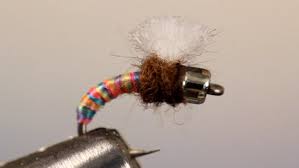 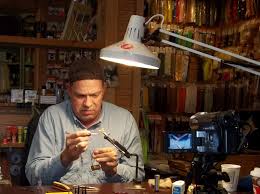 This Saturday we welcome back Carl Pennington. Carl ties a mean golden stonefly, and his demonstrations are always informative, both because of his technique and also because of his creativity.

Carl designs flies for Montana Fly Company, and is a popular tyer at tying expos around the state. You can check out Carl’s blog for more of his tying.

Join us Saturday for coffee, a donut, and some expert tying! 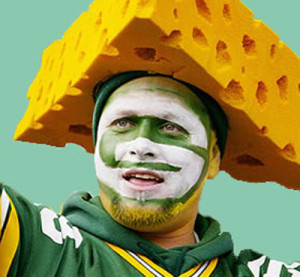 This may or may not be John Pollock. I advised him to wear something subdued for the tying demo.

This Saturday we get a taste of “Before and After”. Our guest tyer is John Pollock – a recent transplant from Wisconsin – who will demonstrate some of his favorite trout flies from his former home, and patterns he has adopted for fishing Colorado tailwaters.

(Just a thought – when people move to Colorado, there should be a welcome wagon kit that includes sunscreen, chapstick, and smaller flies.)

click Pollock fly recipes for a preview of his patterns. We will have copies available on Saturday as well.

Great news! – Eric Philp will be our guest this Saturday 01/10/15. His fly tying demonstration will include a couple of the hottest spring flies for the Bighorn River in Montana, and Eric’s variations on some of the most important flies on western waters. Eric’s enviable fishing resume includes not only the Bighorn, but also numerous trips to Yellowstone and a variety of additional waters including a veteran’s understanding of the Poudre. His list of recipes looks like a guide’s list of must-have patterns for all waters from Deckers Colorado to Fort Smith Montana.

Join us for an informative session this Saturday! Sneak preview! Philps recipes 011015

The bad news is – we have to train someone new to run the camera! 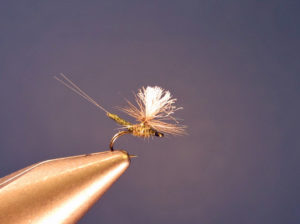 Phil Iwane views each fly as a work of art, and takes great pleasure in the process of designing through tying and ultimately catching a fish with his own creations. Phil’s program this year will include a number of ant patterns from “Modern Terrestrials” by Rick Takahashi and Jerry Hubka, along with other of his favorite patterns such as the extended body mayfly displayed here.