This Saturday we welcome Chris Krueger as our demonstration tyer.  You may have seen Chris tie at TU events such as the Rocky Mountain Flycasters Tying Expo.  Well, this Saturday we get him all to ourselves!

Chris is one of those guys who slips right into a “happy zone” when he’s at the vise or discussing fly tying, and his enthusiasm for tying is infectious. 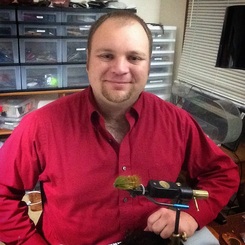 Believe it or not I broke this rod (Traveler 9′ 10wt) on a 20lb Silver in Kodiak, Alaska the fish was a fighter and it kept coming out of the water and I was getting him close to the bank when a 9 foot bear came into the water across the river from me and the fish was not all fought out but with a bear swimming my way across the hole from me and the fish I tried to drag it out of the water so that I could get it off of my line. The fish took another jump the bear was hauling ass my way and I was yanking when I heard snap…. The rod was in pieces and the fish was still on so I grabbed the fly line and yanked and broke off the line and backed away from the river. The bear was pissed and I had to pepper spray it to leave us alone. It was a crazy day on the river I really like the way this fly rod handles and am excited to get back to Kodiak this September to chase more Silvers, and less bears….

Thanks, for making such a great fly rod.

I enjoyed wandering around and visiting the last couple of Vise Squad! sessions, but the guest hosts (Judson Knowles/Soft Hackle Pheasant Tail, and Zen Tenkara/Tenkara flies) were so awesome I’m worried about losing my spot on the letterhead!

So this week you get me again.

This week’s pattern is a thorax-style dry fly you can use for the blue-winged olive hatches that are just getting started, and in a month and a half start tying the same thing in Pale Morning Dun colors!

This style has a lot going for it – low profile, good floater, and easier to tie than a lot of dries because wrapping hackle directly into dubbing helps it stand up straight.

The materials are common and you may already have them, and you might want to try this style in a bigger size or other colors.  If you want a kit, it will include a gray-olive dubbing and medium dun hackle appropriate for the Dai Riki 310 straight eye hook, size 16.

Hope to see you at the Big Beaver for an evening of tying! 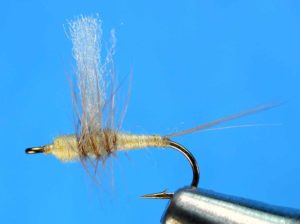 Click here for a preview of the materials and tying tips:Recipe VizaDun 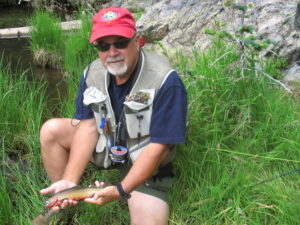 Dick Shinton sports quite the local resume – Rocky Mountain National Park guide, fly tying instructor, and flyfishing teacher, including  the St Vrain Anglers TU Kids Learn to Fly Fish program, and  a volunteer counselor at the Colorado TU Youth Conservation and Fly Fishing Camp.  There is not a better ambassador for our local waters!

We are happy to feature Dick once again in our Saturday tying demo program, and his presentations are particularly useful in that they feature his own fly designs which are proven fish-foolers in our own backyard.

Check out a few of his past ties: 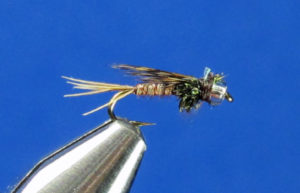 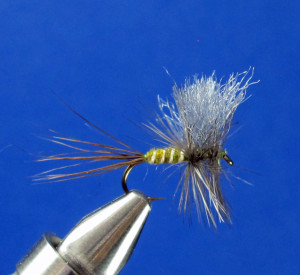 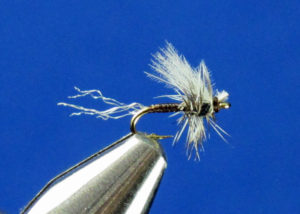 Dennis Martin is a versatile tyer who has shown us patterns from tiny midges to huge bass bugs.  He’s a veteran of many flyfishing shows and tying expos, and his presentation at Elkhorn is a great opportunity to watch him work up close and learn from his broad experience tying and flyfishing 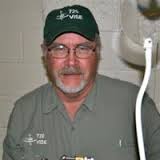 Enough of the old guys!  This week our tyer is Joe Johnson, a young tyer from Longmont who is accomplished beyond his years.  You have seen his patterns in “Flyfishing Indian Peaks Wilderness Area”, and featured in the “End of the Line” page of Fly Fusion Magazine.  He’s a shop guy and assistant guide at the Laughing Grizzly flyshop, and has tied for our Saturday program since its beginning.

Joe always brings a variety to the tying table, and his tying demo will undoubtedly include cutting edge techniques, new materials, and hot patterns. 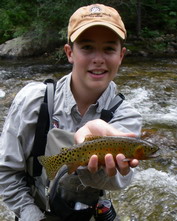 To be fair, Joe is a little older now than in this picture.  The fish is probably longer, too. 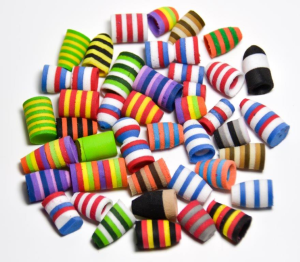 For those of you waiting to see a repeat of Steve’s fantastic program on painting hard foam poppers with Copic felt-marker-based airbrush – well, this isn’t it.

Steve has gone soft on us.  But that’s a good thing!  Drop by Saturday to see his equally fantastic program on panfish patterns, featuring multi-colored craft foam poppers for panfish.

It’s not just poppers – Steve has developed patterns for the entire water column, from subsurface to high and dry.

Steve’s creativity is astounding, and we look forward to his designs for use on panfish of all “stripes”,  from bluegill to crappie and white bass and including largemouth!

This Saturday he will show us how to stack, glue, cut  and shape foam cylinders for flies and poppers in all sizes, for fish from brim to Billy Bass.

Panfish opportunities are plentiful in our own backyard, and it’s a great way to double or triple the time you can spend each season with a flyrod in hand!  Sure, you can mow the lawn or paint the gutters if you enjoy that kind of stuff, but just think – an hour is all it takes to get to a pond, play with the fish, and still get home in time for your favorite reality show. 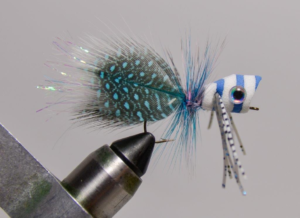 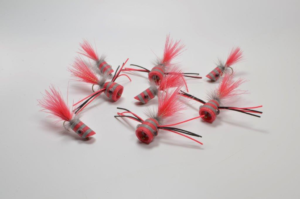 What prompted Steve to switch from those hard foam poppers to the soft variety?  We asked a panel of experts, and the prevailing theory is that Steve made the switch because of a persistent tailing loop with heavily weighted streamers and the resulting head doctor’s  recommendation.  Alternative theories are that it may be related to something from his childhood.  Check out the following images from Steve’s scrapbook and let us know if you see anything that might have triggered this new passion.

(Submit your theories in the comments option at the bottom of the page.) 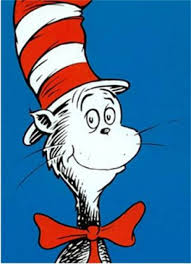 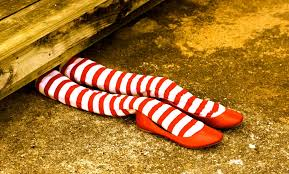 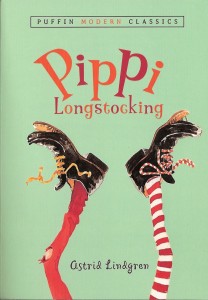 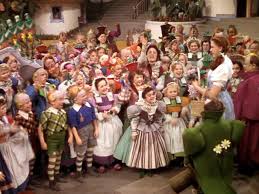 This Saturday we are pleased to present Steve Solano as our demonstration tyer from 10AM to noon.  He describes his program as “Simple and Effective” patterns.   Here’s your chance to inspect some good patterns that can be tied in a reasonable amount of time,  using materials you probably already have, and without needing to master the latest stand-on-your-head technique!
Not all flyshops would permit such heresy, but Steve kind of sprung this on us at the last minute, and Saturday is right around the corner, and it’s too late to find a replacement tyer who specializes in exotic materials and multi-segmented flies.   Plus, Steve’s a really good guy with a wealth of fishing and tying knowledge, and is willing to share the secret about good flies not needing 10 components!
Check the preview of his program for Saturday.  We will have printed copies as well.
Next week we will insist that Steve Schweitzer tie a Third Instar Molting Beadhead Rubberlegged Foambelly Flashback Jointed (Insert Latin Here) variant, tied in reverse German style.  THAT should put “Retail Karma” back in balance!

Drop by for a fun evening, dinner, and good luck in the raffles and auctions!

Jeff Bever is excited to tell a Fly Tying story – “From Tradition to Art”.  His Tying Demo will begin with traditional patterns using traditional materials, then demonstrate the evolution of flies through modern materials and design, and on to ultra imitative flies that are a large part “Art”!

Join us for two hour of fly tying fun!