The cupboard mat used to create the ant bodies comes from WalMart.

Not positive who came up with the cupboard mat as ant bodies, but it wasn’t me!

In Colorado, the Mysis shrimp only occur in a few tailwaters, and these little protein pills grow some huge fish. With the attention these bruisers get from fishermen, there are times when a detailed imitation can make a difference. Marty’s Mysis is a quick, fun tie that looks good!

You can get this fly at Elkhorn Flyshop, as well as the materials to tie your own.

There was no tyer on the calendar for this Saturday, but Brian figured if I got anything for Christmas is would probably be fly tying materials, so why not turn me loose on Saturday. Not sure what to tie with coal, but I’m thinking on it.

There is a definite satisfaction when you catch a fish on a fly you tied, and the pleasure is magnified when it’s a pattern you designed, or tweaked to make it uniquely yours.

It’s been my pleasure over the seasons at Elkhorn to have experienced another rewarding aspect – showing someone a pattern, or better yet how to tie it, or when/where/how to fish it, and it turns into a hot fly for them. It’s fun to share a good fly and be a genius, even if only for a moment!

On the other hand, there are some Evil Geniuses who come up with a hot, hot fly and keep it under lock and key, not sharing the flies or the tying pattern. You know who you are, Norm.

Most of the patterns I will demonstrate have such a story behind them. Click here to download the recipe sheet.

Saturdays featured fly will be “Norm’s Secret Bugger”, based on a sample acquired through industrial espionage and reverse-engineered in a forensics laboratory. It will be a “Vise Squad! Sixpack” soon!

Elkhorn hosts a guest tyer each Saturday at 10AM all winter, starting in September and through April and beyond. It’s free, and all are welcome. Drop by for coffee and fly tying and fishing talk!

This Saturday Marty will demonstrate a variety of stonefly patterns. The Salmonfly season is right around the corner, with bugs active on the Colorado, and the North Platte, and soon to be the ticket on the famous rivers north of here. And the techniques for tying are mix-and-match transferrable to brown stones, golden stones, skwalas, and other patterns.

Join us for another Saturday tying demo at Elkhorn!

Marty’s patterns have one thing in common – most of them are tied on hooks! Expect to see a few simple patterns that are quick to tie and meant to be no-nonsense imitations, some patterns that incorporate interesting techniques, and some that demonstrate methods of overcoming common problems.

And some that are best described as “Frivolous” 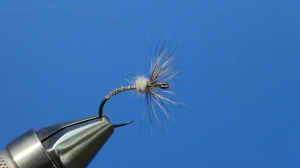 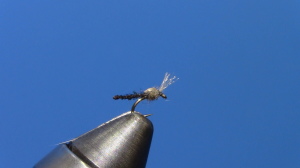 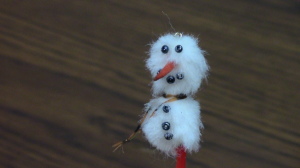