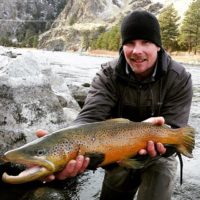 Chuck Esch and his “Plus One”

Chuck Esch is a 36 year old Fort Collins native who began tying at age 11, and hasn’t taken a break yet.

Chuck’s tying is the inspiration for the 3-d printer.  He will re-set your understanding of the word “meticulous”.   When you look at his boxes,  you will see rows and rows of identical, perfectly proportioned flies.

Fishing nearly 50 days each season, Chuck spends his time on many of Northern Colorado and Wyoming rivers, including Cache la Poudre, Big Thompson, North Platte, Blue, Yampa and many more.  Last January he was a featured tyer at the Denver Fly Fishing Show, along with SVATU Tying Expo in Longmont plus other Northern Colorado flyshops.  This will be Chuck’s third appearance at Elkhorn.

Elkhorn Flyshop presents a fly tying demonstration  each Saturday at 10AM, from September through at least April, featuring some of the most talented and notable tyers in Northern Colorado.  It’s free!  Join us for fresh coffee, a donut or cookie, and some amazing demonstration tying. 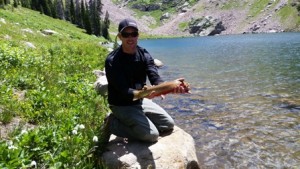 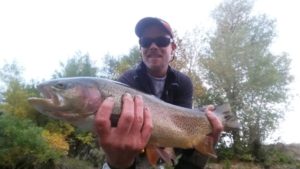 This Saturday at Elkhorn Flyshop Chuck Esch will be our demonstration tyer, and plans on featuring his best winter patterns – midges, baetis, mysis, and sowbugs.

Chuck has an abundance of enthusiasm for tying, and if you have ever peeked at his flybox at one of our Vise Squad! sessions you would see rows and rows of identical flies, all perfectly tied and uniform proportions.  His talents have been discovered – he’s been a popular tyer at area TU tying expos, shop demos at Elkhorn and other flyshops, and this season you can visit with him at the Denver Flyfishing Show!

Join us on Saturday! 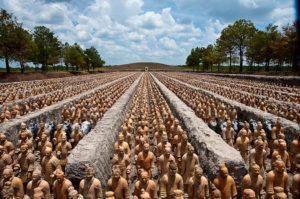 If you have ever been to Vise squad, and peeked at Chuck’s flybox, you would have seen rows and rows of immaculate flies, each pattern represented by a dozen identical specimens, from small baetis through damsels and hoppers and on to big bushy streamers that belong on a leash and should have individual names.

Well, here’s your chance to see how it’s done! Chuck will be our guest tyer this Saturday, and will demonstrate a variety of his favorites.  His work features not only diligently tied standards, but also unique patterns of his design using modern materials.