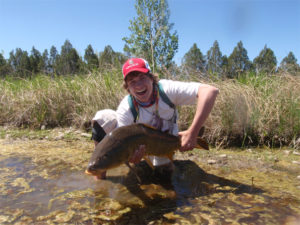 It has fins = fair game!

They grow up so fast!

Connor instigated a flyfishing club as a high school student a few years ago, and in short order began appearing as a demonstration tyer, here at Elkhorn, and at other area flyshops, then the Flyfishing Shows and the big tying expos, in Fly Fusion Magazine, and suddenly he’s a college kid approaching a degree.

Lest you think real life will slow him down when he graduates and gets a job, he is studying fish biology at Colorado State.

This Saturday he will by tying a variety for us, from small trout flies to big articulated stuff, and we are excited to see what he has developed since his last visit. 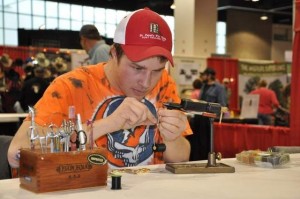 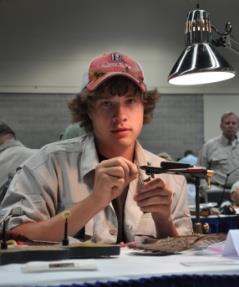 All those scissors, and no haircut!